Justin Bieber & Yes I Think I Can Dance 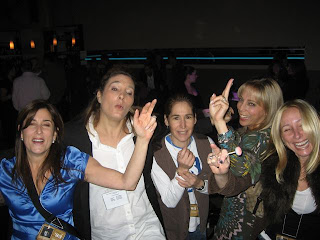 I have some confessions to make and I am going to do so in this post right now, right here with you.

I downloaded Justin Bieber My World Acoustic on my Ipod. After much resistance, discipline and in decisiveness over the tremendous following this young man has, I thought I should give him a chance. You know what? He is really talented. He plays multiple instruments, has a great voice, dances well (not as well as me but we will get to that in Confession #2) and considering all the fame, all the women, all the money, this Canadian teen seems balanced and real.

The reason this came as a surprise to me is that I am over 40 (barely - that's not true)and when I saw the coverage on the news for Justin Bieber's (the more I print that name in my post and tag it - the more readers I get so I will be repeating his whole name)Montreal concert, some older women (as opposed to the 8-16yrs crowd) were stating their love for him and their attraction for him and that gave me the heeby jebbies (can't translate that).

Now in my case I am not attracted to Justin Bieber. I see him as a son figure - yes he is adorable but it ends there. That is also much to do with the fact that any man I have been in love with has been over 10 years my senior(yep I even hit over 20yrs and if I had to go visit them at this point in life - I would be touring various senior's residences - not that there is anything wrong with that).

I dance when I am alone. I dance to Justin Bieber "Baby" and to "Club Can't Handle Me" Flo Rida. I've even been known (by myself) to dance to Michael Buble.

Now I am going to get into detail with you but you have to promise this is just between us (and Justin Bieber).

When I was a kid and my Grandmother would come over on Sunday nights for dinner, I would put on a dance show for her. I would have chosen the song and choreographed the dance a week in advance. I practiced whenever my brother Chuck was not home given his bedroom was downstairs. The most embarrassing thing in the dance world (which I am certainly a part of)is being "caught" - that means the music is blasting and I'm dancing my heart out and suddenly I realize my brother (or worse) is there watching me. This happened several times. My brother being the refined, warm individual that he was back then (he grew up and became nicer)would yell out "Hey you idiot - turn that crap off and get out of my basement" Clearly he wasn't a fan.

Now a days, after my workout I do some yoga and then I blast my music (including Jutsin Bieber) and I rip up the floor, I mean I am that chick with the torn sweatshirt in Flashdance (except I don't pour water on myself although that's something I can try), John Travolta in Saturday Night Fever and Pulp Fiction, Justin Timberlake bringing Sexy Back and Ellen Degeneras (closest to my dancing abilities - okay the only one I am even close to). Obviously I work out at home or this would be slightly odd and shocking if I was in a public gym (although I'd probably get any machine I wanted because I would clear the room).

It's your turn. Can you honestly tell me that you have never used a tennis racket as a guitar or a broom stick as a microphone? You have never danced yourself out to a really great tune playing on the radio when no one is watching?

AAAhhhhh come on - sure you have. Have you ever been caught?

Here's an idea, I am going to get up right now and do a little jig while you are waiting for me to write the next few words (is anyone waiting?)and I would love if you would get up and dance with me. I won't tell anyone.

How did that feel? Do you think you can dance?

I thought it was stupendous and I'd like to thank Justin Bieber and all of my dance fans out there.