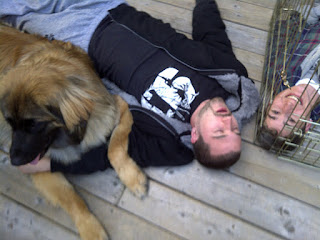 How to make more money? I've got it. It's genius.

Actually the idea came directly from Tom Cruise's first starring role in a major film that film being "Risky Business".

Here is a synopsis for those of you who missed it. Tom is a teen growing up in an affluent Illinois suburb. His parents go out of town and leave him alone for the first time. They also leave him with cash, a Porsche and a very expensive antique egg thing. Tom's friend convinces him to call a prostitute with whom he can lose his virginity. He does (call her and lose his virginity) and then all hell breaks loose and he ends up needing money and lots of it fast so he can return his home, his father's car and his mother's egg back to its original state. So him and his girlfriend (paid prostitute)open up a bordello in his parents house inviting all the local male teens to pay for sex and they do (pay for sex and have it). While all of this is taking place, an academic advisor or interviewer (or some middle aged guy in a bad suit who is probably a pedophile because why is he visiting boys in an Illinois suburb when their parents are out of town?)drops by for Tom's entrance interview.

Anyway the rep who is from Princeton U - is so impressed with Tom's entrepreneurship, he clears the way for him to be accepted into their business school.

Okay now here is my rendition.

First - I convince my parents to leave town (which in their case would mean packing their luggage - which is the old kind that is a colour of puke blue with stains all over it and it's hard as led so nothing inside can break and their trip is to Dollard Des Ormeaux where they are going to spend the weekend visiting my nephews who are no longer 7yrs old and will therefore not even be home all weekend - oh and Dollard is a 20 minute drive away in my parent's puke brown Toyota Corolla that my mother paints with nail polish when my Dad smashes the front bumper into their driveway wall). So as soon as they leave, I move in.

Then as in the famous scene when Tom dances in his underwear to "Old Time Rockn'Roll" by Bob Seger - I instead dance in my sweatsuit (my dancing in my underwear days are over)to the only CD I can find in my parents house - Debbie Boone - "You light up my life".

So I invite all of my middle aged very married female friends over and get this - I hire a ton of really good looking Orderlies. Let me be clear about this - Orderlies are HOT! They have great bodies, they are extremely friendly, warm, personable and often are from varied cultural backgrounds and so they are interesting and possess a natural mystique. They also give awesome "sponge baths".

Let's face it folks, when married for over 10 years it's altogether possible that the most romantic your husband (this does not at all pertain to my husband who may be reading this post)gets is ordering Chinese Food in on a Saturday night while watching Hockey Night in Canada (for my new readers in Namibia - Hockey Night in Canada features grown men who are also hot - skating on ice with sticks that they use to hit a puck and/or another player from the opposing team in the eye, mouth, etc. Then when they become very angry they smash each other into the boards and attempt to rip off one another's shirts, helmet straps and just give them a real beating - all of this while the crowd stands on their feet applauding)and this makes me very proud to be Canadian.

Post game - your husband usually does 3 things:
- farts
- burps
- asks if he can see your ...nevermind

So back to my idea - my friends and their friends and neighbours come to my parents house and pay good hard cash for full body massages by my Orderlies. Now there are some challenges that I would face that Tom did not have to worry about. For example Tom had a very large home with several rooms - my parents - not so much. So basically, there would have to be some room sharing - not a bad thing if it also involves some Orderlie sharing - of course you still have to pay full price.

Bonus - everyone gets to take home one of my parents old appliances because yes over the years they have kept them all. Microwave oven? Sure. Television Set? Oh yeah. Blow Dryer? Uh Huh.

And then the best part - a representative from Princeton will come to my parents house and recognize my great genius and I will be accepted into their MBA program which I have no desire to be accepted into.

Of course this could all go terribly wrong if my parents should return from Dollard Des Ormeaux early. Here is what I think would happen. My mother would enter the house first and she would be screaming at my father who is behind her looking for his newspaper on the balcony. She would be telling him his driving is awful and he would be telling her to learn how to drive.

Then my mother would come into direct contact with the perverted rep from Princeton and he would say "Mrs Cohen your daughter is a genius" and my mother would reply "If she's such a genius - why did she move back home?"

My father would have only two questions:

1 - Are there any female orderlies?
2 - Hell of a party - any cheesecake left?