"Montreal Memories" - Happy Birthday to You 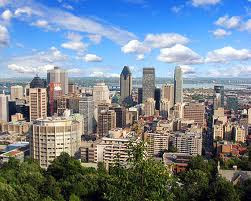 It was one year ago today (Nov.8th) that former Montrealer, Barry Zbar created a face book page/group called Montreal Memories.

The first person to join was Sara Leber (rock on Sara)and slowly but surely, more and more ex Montrealers (as well as those of us who never left) requested Barry's blessing to become one of the chosen that has since grown to 1888 members (at the exact moment of writing this post).

Barry's original intentions were to provide a place where Montrealers removed and otherwise could gather to reminisce about this incredibly vibrant and amazing city.

Some joined as Alumnus of Northmount, West Hill, Wagar, Baron Byng and others simply with a healthy appetite and appreciation for Montreal food such as poutine from Lafleurs, smoked meat from Schwartz's, steak from Moishes, Squished Knishes from Blossom Pool, Orange Julep from... well you can figure out that one, cheese cake from Dunns, and steamies from Montreal Pool Room.

The music of the 60s and 70s is celebrated through shared You Tube videos and long lost lyrics to songs such as Meatloaf - Paradise by the Dashboard Light - Styx - Babe - James Taylor - You've Got a Friend - Elton John - Saturday Nights Alright for Fighting, Paul McCartney and Wings - Band on the Run - Kiss - Rock'n Roll All Night -Supertramp - Take The Long Way Home and many more.

And how about those Habs and Expos fans who never gave up on their home teams even if in the case of the Expos, they lost their home.

That's where the "memories" of Montreal Memories comes in.

What are memories really? Black and white film footage and flashbacks in the far reaches of our minds that somehow are preserved and relived again and again? It's funny how you can't remember what you were supposed to pick up at the grocery store after work but you can remember:

The sun rising at the top of Mount Royal on your graduation night and the taste of an ice cold Orange Julep on a summer's eve while you hang out in what was really just a parking lot by a giant orange on Decarie, the taste of cheese mixing with gravy over Lafleurs crisped to perfection french fries, your first Habs game in the old Forum where you cheered them on perhaps by your Dad on a father/son night or by your buddies on a boys out night that you followed up with a bite at Kojak's Souvlaki, your first night clubbing at Thursdays on Crescent, the sound and sparkle of fireworks from the old port in Old Montreal, the first ball you caught at an Expos game at Jarry Park, your first roller coaster ride at Belmont Park, skating on the rink near your house taking slap shots to the net and checking your friends into the boards, tobogganing at Murray Hill Park back in the day when there was nothing between the bottom of the hill and the cars passing by on the street below, dancing and inhaling to the Tam Tams at Mount Royal Park on a lazy Sunday afternoon, biting into your first smoked meat on rye at Schwartz's after waiting your turn in line and truly earning it, listening to CJAD, CKGM,CHOM and Aaron Rand and Terry Dimonte - real music, real talk radio, driving to the cottage up in Ste.Agathe, Trout Lake, Ste. Adele, Ste. Donat and starting up the BBQ, the boat and the endless summer night parties, going to camp at Pine Valley, B'nai Brith, Hiawatha, Pripsteins, making new friends and sitting beneath a starry sky by a bonfire while a guitar plays "Fire and Rain", hitting one out of Wentworth Park and running the bases while your parents cheer you on, taking the 161 bus and walking from wherever it left you off to wherever you and your friends were going - aimlessly yet spectacularly, eating a slice of pizza from Tasty Food and being served by the same blond haired waitress who put up with all of our shenanigans for over 3 decades, brunch at Beauty's after a big Saturday night out - bagel, lox and cream cheese so fresh it melts in your mouth, guessing what is in your mish mash at Cosmos besides the cigarette butts and then realizing there is no point - just eat it and go from there - burning your fingertips as you grab a Montreal Bagel from a steaming paper bag, shopping for a new pair of Levis at Cavendish Mall and heading to the Cattleman for a burger.

These are memories. They move, they haunt, they speak and they go on and on as does our love for our city, our home base, our first playground, school, friend and shot at being whomever we wanted to be - Montreal.

Thanks Barry for bringing us all together in honoring and celebrating all that Montreal was, is and will be and all of us who no matter where we go, who we go with or what we do, will remain Montrealers forever.

I hate to quote Bette Midler but here I go - Barry - you are the wind beneath our wings.