Your Life is Now

We all experience it at some time in our lives. There's this fantastically delicious person - a friend - a co-worker - who you've been hanging out with for years. On the outside, you're cool and breezy having drinks, cooking dinner, deep talks over coffee and wine, a quick lunch and always saying "Goodnight" instead of "Stay".

You have kissed their cheeks a million times yet never felt the sensation of their lips against yours.

And although there were those nights when you fell asleep together on the couch or even in your bed, both in a drunken stupor or after having comforted one another through a tough time, you have never been skin to skin. Your bodies have never been intertwined and tangled in the glorious and raucous rolling of love making.

You've said "I love you" but you've never said "I'm in love with you" and you've listened to all their stories about the spun and spoiled romances that have come their way while yours just pass you by.

You've wondered what it would be like to wake up in their arms - a place you know how to get to but have never visited. 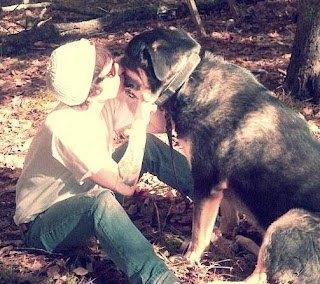 Remember that your life is now. Everything you think and feel is significant when it relates to someone you love.

And then ask them to "stay"
Posted by Lisa Audrey Cohen at 1:17 PM No comments: 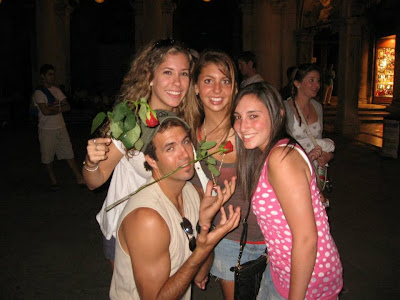 Death is tragic. Death is final. Death is unfair.

I spent over two decades in the Camp industry. As a Director, I recruited and hired thousands of staff to lead our summer tours.

Other than an ability to communicate and lead students effectively, the main characteristics I looked for in a candidate were individuality, selflessness and quite simply "street smarts."

So many incredible young people came and went through our door. They were not just educators but really great educators who cared about their students/campers playing an active role in their development and growth. Through travel and adventure, they opened their eyes and raised their awareness about the world around them and how they could make it a better place.

J.F. (Jean Francois) Pelland was one of the brighter stars to shine in the sky that held up our teams world. The day we met, he arrived for his interview wearing his Rollerblades. He did not have on a helmet or pads and he had bladed from the opposite end of the city. The first thing he said when he walked through my door just a few moments late was "Sorry, I caught a few red lights"

He was a Francophone who was student teaching (physical education) at the time and his goal was to improve his English so he could later teach abroad internationally.

He was handsome, charming, smart, funny and possessed unbridled passion and energy for his work with students.

Just a few days ago, while on his way to a temple outside of Luxor (he was serving as the Vice-Principal of a private international school in Cairo, Egypt), J.F. was in the wrong place at the wrong time. His driver failed to stop at a check-in for an illegal road block that was the result of a local tribal feud. Shots were fired and J.F. was seriously wounded. He was not a member of either tribe nor was a willing participant in the feud.

For J.F. teaching students in Cairo or anywhere for that matter was another adventure sure to be followed by something even greater. Tragically, he will not have that chance.

Chance, faith and destiny - all game changers in life. For some, a chance taken is faithed for the next destiny and for others like J.F. there is only a final destiny.

Efforts were made to save J.F. but he lost his battle and his meaningful and significant life was ended but not silenced.

For all that he accomplished for all of those he supported and guided, his presence will be felt and his words will be heard forever.

I can't fathom what it is like for a parent to learn of the death of their child. I am sure that it kills them on the inside and causes them to vanish on the outside. I can only offer my sympathy and words to his family.

J.F. your smile, your spirit and your magical ways flow through the air casting a gentle spell on all the hearts you graced with your kindness.