I was recently approached by a friend of a friend who had been diagnosed with terminal Cancer. She asked if I would collaborate with her on a Life Journal. It would be for her children to read when they were older and she was gone. She also asked that I share some of her story through posts on my Blog. Her feeling was that others in her situation may find comfort in knowing they were not alone.

At the same time, Iris (from my post - A Face a Mother Never Forgets)also battling Cancer, made a similar request so she could share stories with her Grandchildren. It seems I have suddenly become the Blogger for people who have been diagnosed with this dreadful disease.

Shades of dark and light dancing like shadows on a blank wall. May their shadows continue in motion and their stories fill the surface of the wall.

All names have been changed (Iris wasn't a real name either) and only the parts of their story they wished for me to share are posted. This will be an on-going series and I hope for their sake, many, many chapters in the making.

Cindy is a young, vibrant mom, a graphic artist who is married to her second husband David. Her first husband died tragically a week before she gave birth to their daughter Alicia who is now 4.

Cindy met Gary in a sandbox when they were both 3 yrs old. She still remembers having an argument with Gary over a Tonka Truck that she was driving over a hill she had constructed by pushing sand together between her hands. Gary tried to take the truck away and she hit him with the small plastic shovel cutting his lip. He ran off crying to his mother (who was watching over them with Cindy's mother - the two women being close friends)and Cindy felt awful. Her mother made her apologize and she did so followed by a kiss to his cheek which he tried to wipe off and then continued to cry. It was not a great success in terms of the beginning of a beautiful thing but it went upward from there.

By Grade 9 they were inseparable. They could finish one anothers sentences and were already dreaming about the family they would have and the house they would live in.

Other than 6 months they spent apart when they were "exploring other options", they remained together through College and they got married when they were in their early 20s.

Cindy began a career as a Graphic Designer and Gary as an Architect. Every thing was going as planned - life was theirs for the taking.

They were like any other couple - they fought, they laughed, they loved and they wanted nothing more than to have a family of their own and to continue to enjoy life's journey as one.

And that wish came true when Cindy became pregnant with their daughter. They were so excited to be having their first child. They would stay up in bed at night imagining what she would be like. Would she be healthy? Would she be artsy? Would she have lots of friends? Would she like herself?

But before that miracle of life would appear, another life would disappear.

"In the movies, they always show the surviving spouse regretting the last thing they said before the other died. I have no regrets. He was driving back to town from a meeting and I told him I'd wait up and we would have a late dinner. I was 8 months pregnant and constantly hungry and had taken an Italian cooking course during my pregnancy - big mistake - I felt I had to keep practicing my pasta dishes and my pastries and I had put on lots of extra weight! (laughs) But we were having fun with the whole thing and enjoying late night dinners because he was working long hours to ensure we could afford the house we were about to buy as well as what we hoped to be a growing family.

I waited until 11:30pm and he wasn't home. He had said that he expected to be back by 10:30pm or so. I didn't want to keep calling him while he was driving and I figured I was always worried for nothing anyway. I was the kind of person who would think something awful had happened if someone was late for anything. This time I was right. The phone rang just before midnight - it was someone from a police station - it's all a blur now - I think I have managed to block out most of it but I do remember being asked if he was my husband and being told that he had been in a fatal car crash and that I should call a relative and have them bring me to the morgue to identify the body.

I will always remember "morgue", "the body" and feel sick to my stomach.

We buried Gary that week. Once again I don't remember much of it but I do remember holding my pregnant belly and rubbing it in circles as if to ease the babies pain in seeing her father being placed in the ground. I believed that she could feel my sadness and I wanted her to know everything was going to be alright even if that wasn't true.

There were the practicalities that come with the death of a partner such as life insurance, the lack of finances, the house that we were about to move into that we could no longer afford,the matter of bringing up my unborn child as a single parent while having to return to work full time and all sorts of stuff that quickly takes ships your mind off of the tragic loss and into the tragic reality.

I gave birth to a beautiful, healthy girl.I named her Alicia as we had planned and held her in my arms and my arms only as I had not planned.

In terms of companionship, I had been spending most of my time with Gary's best friend David. We had all met in College and David had become an architect as well. We were pretty much a foursome, Gary and me and David and Cathy. However things changed in ways we never would have imagined. Cathy left David for a woman and Gary was suddenly gone. David and I made a pact that we would protect each other and shelter each other from all that was bad in the world and together we would love and care for Alicia.

We were true friends and eventually that bond grew stronger and we became initimate and then another suprise - I found out I was pregnant.

Our wedding consisted of a small ceremony with just close family and a few friends. Our honeymoon consisted of the continuation of life and its every day demands and then our son Aidan Gary arrived into the world gloriously.

Alicia was growing so quickly. I saw Gary in her eyes, heard him in her laughter and felt him in the room every time I sang her to sleep. Did she feel him there? Would she ever have any sense of who her father was and how much he would have loved her?

Aidan was a huge character, always singing and humming. He was just starting to walk and for some reason it looked more like he was dancing to a rap song. He giggled at everything and I couldn't stop holding him and kissing him. I felt happiness again and I felt fulfilled.

David and I were more like best friends than lovers. We would fall into deep conversation over coffee by a dim light sitting on stools in the kitchen, elbow to elbow. I knew I could count on him and he knew I loved him but not in the way I loved Gary. Somehow though, like most couples - we squeezed the lifes lemons and made lemonade.

Life went on as it does and one day, I can't specify which day or when but I remember where I was - reaching for laundry detergent at the store - I felt this vibrating pain in my upper arm and it ricocheted down the side of my body pulsating in my right rib cage. I stood up and reminded myself of all the times I strained my back lifting and carry the kids and just figured I had pulled something. Then a few days later I woke up one morning and it felt like someone was standing on the right side of my upper body crushing everything beneath. Still, I figured I was just stressed or had lifted something the wrong way.

Then came the breaking point. I was at work late trying to complete a project so I could move on to another and I got up to go to the water cooler and I could barely breath. I struggled to get oxygen into my blood and felt like I was choking to death. The last thing I remember is waking up in ER staring at the bright lights on the ceiling and then the touch of David's hand. 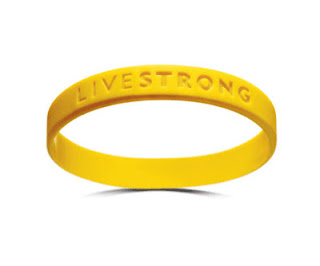