Caring for Your Parents


Unfortunately and inevitably we find ourselves in a position of caring for our parents at the same time as we are parents ourselves. This stage of life and/or phenomena has been known as the "Sandwich Generation."

It's painful to watch your parents grow old and become less autonomous, less able to make choices and care for themselves fully. It's tragic when one of your parents dies leaving the other behind. For the first time in 30, 40, 50 years their best friend is no longer by their side. They won't be at the breakfast table in the morning discussing all the things they have to do and planning for the weekend ahead when they will babysit their grandchildren, watch a movie and go out for Brunch. They won't be jotting down the never ending doctor's appointments that they go to together and the list for the pharmacy. They won't be ordering in their favourite food and watching the Oscars. 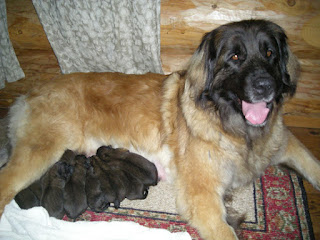 Imagine losing the person closest in the world to you. You lose more than half of yourself easily and you have no idea how to replace it because you can't. You come face to face with the fact that you will never see them again; never hold them again; never have a conversation with them again.

It's tragedy in motion. It's dark as death.

So you become the shelter from the storm. It's not a contract or a formal agreement. It's just the way things go, the way things need to go. They bring you into the world and you see them out.

Seeing my parents age scares me more than I can say.

My parents gave me all that they had to give. They never put themselves before my brothers and me. They sacrificed, forgave, forgot and gave so much love that there was a surplus left for their grandchildren.

Whether it's a silent pact or something we just don't like to talk about, my brothers and me know that when the time comes (and it will), our roles with our parents will go into reverse and we can only hope that we will go into drive.

It's a heavy load and generation after generation will be carrying it until the end of time.

Sending strength, courage and empathy to everyone out there caring for a parent.
Posted by Lisa Audrey Cohen at 2:48 PM

Email ThisBlogThis!Share to TwitterShare to FacebookShare to Pinterest
Labels: Caring for a sick family member, Caring for aging parents