I recently gave up my car and switched to walking and public transport.

So I've been taking the subway for the first time in many, many years (enough to say "many" twice). It's fast and convenient and the whole thing has been going quite well until the other day.

I was running down one of the many sets of stairs (I forgot how far underground the subway is and how many stairs it takes to get down and back up) and there at the bottom laying on the floor was a homeless man. He was flat on his back, his eye lids twitching furiously with the white of his eyeballs in full view. He had a strong stench to him and I really couldn't tell if he was dying or just really stoned. 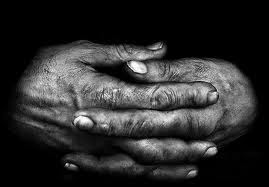 The amazing thing was that all the other people were just walking around him and heading on their way without even a pause or a concern for this man. Maybe I just wasn't use to seeing this type of thing but it seemed extremely odd that no one cared. I tried to make eye contact with a woman who had slowed down her pace but she just looked at him and then at me and walked away.

I ran over to the person in the ticket booth who could see the man in full view from his bullet proof encasing and pointed and asked through the speaker's circle thing - "Can you call an ambulance?" to which he shrugged and looked over at the man and said in French (I live in Quebec) "Il n'ya rien a faire" which in my best translation meant, "There is nothing to be done"and I replied back "There is something to be done. He needs help. He needs to be taken off of the floor."

I was waved away. So I ran up the next flight of stairs where my phone had some bars and was about to dial 911 when an ambulance pulled up at the red light. I ran outside and told the technicians that there was a man injured (I thought that would get them down there) in need of help. They pulled the ambulance up onto the sidewalk outside the metro station and they came down with me.

They stood over the man and then one of them put on his gloves and felt for a pulse. Then he looked up at me and said, "You'll have to call the police - this is a police matter" pointing to a pipe in the man's hand.

To which I replied, "Can't you help him? He isn't well.  He needs a bed and some food and a shower."

Then they went ahead and called the police themselves and told me to go catch my train and they'd take care of the rest.

Now maybe I sound naive. I'm not. I've been through my share of experiences and I've felt pain and humiliation and I've cared for people with mental illness who struggle through a maze of obstacles and demons every day of their lives. However I don't find it acceptable for any human being to just walk by someone who is in a bad way and clearly in need of help. If that person was acting out in a violent manner, approaching others and in their space, that would be another matter but that was not the case in this situation.

I went to work and got into my "writing zone" and was able to shift my focus to the projects at hand but that night as I sat at the table in my dining room in the comfort of my home, I couldn't eat.

I wondered whose son that was - whose brother? uncle? friend? How did he end up like that? Had he been abused and turned to drugs or was he mentally ill having never received treatment or therapy or was he just a lost soul with a haunted past and a miserable fate?

But I'll never know his story and perhaps he doesn't really know himself.

I can go on and on about how as a society we care so little for those on the edge; those on the fringes and I'm not going to shout out "Let's save the world and humanity by making it a better place."

I'm just going to finish this post and the next time I'm in the subway and I see someone on the floor unconscious and rotting in their own stench, I'm going to stop and I'm going to call 911 and wait for them to come and do something, anything to improve this very sad situation.

I would want someone to do the same for me or anyone in my life whom I love.

Because we all have a loose wire, a crack in our foundation, an imperfection and a very thin line between what makes us who we are and allows us to carry on and what could one day break us into little pieces - one situation, one instance - and everything changes.

It's a matter of whether you have someone there to pick you up off the ground and see you through and while many of us do, many of us do not and those are the ones that we all have to remember.