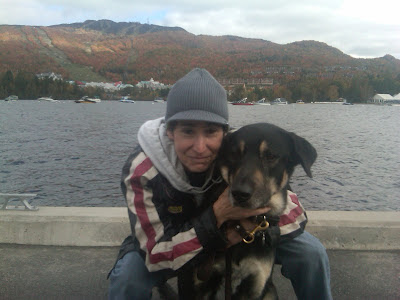 So I'm walking in this small, quaint village north of Montreal - the kind where everybody says "Hello" although for the most part the locals are French so they say "Bonjour" and I see this well dressed couple and they seem to be lost.

Naturally out of all the other people walking down the street they choose me to approach for information. The woman asks me if I know a good place to go for lunch. I find that amusing because I look like I haven't eaten a full meal in months. I suggest a nearby cafe where I like to go for a sandwich because they serve it in a basket and sandwiches taste better in a basket and then I realize I have done the wrong thing because aside from the whole basket thing, that is where I go to write and read and now I have given my spot away to tourists.

So I'm thinking about this while still having some level of conversation with the woman and then the man pipes in and asks something terribly odd :

So I turn around to see who may be standing in back of me and may be more suggestive in terms of this topic but there isn't anyone there. Now I'm in my regular "outfit" (my mom loves that word)as such: Torn Levis, Burton Baseball Cap (forward at that moment), worn out ankle high Nikes, graphic T exposing my right half sleeve (Tats) and so I wonder what on earth this man can be thinking?

Anyway I reply to his question with a "white lie" (Did your parents ever tell you about those? It means you can lie if otherwise you are going to hurt someones feelings or confuse them):

To which he responds "Oh" (which is a perfectly acceptable response in this case).

Now I need to take a few steps back here and tell you something about my Burton cap. A few years ago I was at friend's house and her mother in law dropped by. She is a feisty lady who says whatever is on her mind. I was wearing my Burton cap and a blue shirt - same colour - that read "NHLPA" as in National Hockey League Players Association (why I have no idea) and a piece of red licorice was hanging from my mouth (it's fun to chew licorice without holding on to it - no really, try it - put it in your mouth and chew on it and then move it upward and inward - no hands - you'll love it).

I guess she thought I was someone else and that the blue and blue was part of a police uniform because she asked me an odd question: "Are you still in the Police Force?" to which all of my 5'1 and 105 lbs soaking wet replied

It's one of those situations when it's just easier to go along with the whole thing. Do you ever do that? Someone refers to something about you or thinks you are someone else and the whole thing makes no sense whatsoever but you feel bad for them so you just go along with it because it's easier and it takes less time.

The thing with modeling is it's all about what you look like and not who you are. Have you ever seen "The Voice"? It's this singing contest show sort of like American Idol but better and more unique. The start of the season has the judges seated in these twirly chair with their backs to the singing contestants so they can only hear and not see them. What a great idea. Listen first, see later.

And it made me wonder, what if blind dates really were blind? What if you showed up to the restaurant or wherever and you walked in backward and your date was waiting for you standing backward so you are both backward and you stay like that the whole time until the very end? Wouldn't that be great? You would judge them based on what you have in common and whether they were interesting, funny, intelligent and nice. Actually that would be an excellent reality show.

As I walked home, I thought to myself - could I have been a model? Had I missed out on an excellent and lucrative career? Should I get an agent and do some cover shots? Then I realized, it's too late. I no longer look like a 14 yr old boy, I look like a 15 yr old boy and then I thought - that makes no sense whatsoever but I was tired and didn't feel like re-thinking the whole thing.

So I just went along with it.
Posted by Lisa Audrey Cohen at 12:20 PM No comments:

Email ThisBlogThis!Share to TwitterShare to FacebookShare to Pinterest
Labels: blind dates, how to be a model, Life is your story, photos to become a model, project runway, The Voice TV Show 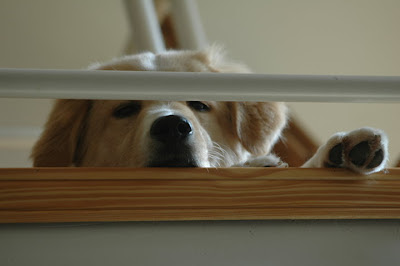 Being alone – most of us have experienced it at one time in our lives or another. I remember the first time I fell in love and had a lengthy relationship. We were together all the time and when we broke up it felt like a part of me had been sliced and removed blender style. It felt like time had frozen and I was stuck on a highway in a blizzard ALONE. That was an awful feeling.

Unfortunately many people are alone on a full time basis. It’s how they spend their lives and I’m sure it’s not by choice but by circumstance.

Circumstance can change any of our lives in an instant.

Where can you find people who are alone?

Try a bench in any park. Try a table in a café. Try a bar in the middle of the day.

I see them. I feel for them and I wonder, how did they end up alone? Can you imagine spending you entire day not having anyone to speak to? Can you imagine never being touched, hugged or kissed?

Someone has to end “alone”.

I think it would be one of the most purposeful and popular cafes in the city. It’s not for students who take up two tables with their laptops and backpacks, place their feet up on a chair and fail to give up any of their space no matter how many people are walking around holding their coffee and bagel looking for somewhere to sit. It’s not for meetings between colleagues or sales people and their clients; it’s for people in need of human interaction. Isn’t that important? Isn’t that an integral need?

Then why isn’t anyone doing anything about it? With all the causes for diseases, hunger, shelter – where is the walk, run, rubber bracelet to wipe out “alone?”

I reach out to people who are alone every time I facilitate a Support Group. The “alone” is palpable. It’s impossible to end the sessions without going into overtime and I don’t have the heart to do it so I wait until one of the supervisors comes and does it for me.

The people in these groups are often on the extreme end of being alone because they suffer from mental illness and many have been cast away by friends, colleagues and family who do not and will not understand the dreadful pain and daily challenges they face. Most have little funds because they are not able to work. Most live alone in a modest basement apartment or halfway house.

Most either stay inside waiting for the day to pass while others find the strength and courage to go for a walk. Their self esteem and self image is mangled like a car that has been in a wreck except there is no ambulance on the way and no one bothers to stop and look.

I think that those of us who have life partners, family, friends, support systems have to realize how fortunate we are and have to reach out to those who don’t have all of this richness in their lives and somehow include them in the warmth and comfort of it all.

Sometimes lonely people get lost in the shuffle. We may assume that our co-workers or acquaintances have someone to come home to or speak with on the phone or on-line. We don’t think of them eating alone and turning the lights out to go to sleep without being able to say “Goodnight.”

Somehow in the dice throw that is life, they become lost and often they wait far too long for someone to come and find them.
Posted by Lisa Audrey Cohen at 5:37 PM No comments: Links to this post