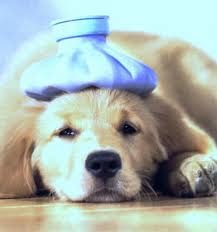 So I recently spent 3 days in the ER of a local Montreal hospital with a loved one who was in a ski accident.

I myself along with everyone in my family and many friends have spent some time in an ER. It's not a place you want to be and well, chances are you've been there too so that is something you already know.

One of the first things I noticed was how many elderly women (majority to men) there were lying in the beds behind or not behind curtains, alone and afraid. Whose mothers, grandmothers, relatives are these people and where are their visitors? Why are they alone in the ER without anyone to offer them support or advocate on their behalf?

Maybe I'm just too idealistic and have to come to the realization that not everyone has someone to care for them. There are people who are alone in this world even if they are not actually alone.

Montreal is a prime example of a Canadian (as it is so common in the USA) city in which the vast majority of Anglophone children grow up and go somewhere else to live and raise families of their own and this cause and effect due to politics, less job opportunities and language leads to elderly parents being abandoned although not on purpose or with wrath.

The other thing I noticed is that most people wearing those ridiculous gowns are so use to having them slip off or suddenly open, they stop caring if they see someone else's private parts and vice versa. Why can't they come up with a proper gown that provides those suffering with some sense of dignity?

A particurarly strange thing - I went to use the washroom in the waiting area of the ER and there was a condom machine on the wall. Who on earth is thinking about getting laid in the ER? I mean, am I missing something? Is there romantic music being played? Are they serving oysters? Is it happy hour or ladies night?

And how about those wait times? Wow that will really knock you out. Out of the 3 days of tests and diagnosis and misdiagnosis and physicians changing shifts and starting all over again with the next one on duty, repeating the same story and then waiting a total of 9 hours in a given day, it really exhausts the poor person who is in pain and the family member who is by their side. There are no chairs to sit on and there are bodily fluids everywhere.

The staff do their best and are visibly exhausted as well. There are patients and caregivers who are polite and understanding and there are those who abuse the staff and in turn the system and make it worse for all us who are behaving.

There is nothing worse than seeing someone you love suffer and if you really love them, I mean more than yourself, you do wish it was you instead.

And to see that person wait around while their weakened body shivers and shakes and while they go without food just in case they are prepped for surgery, you just want to wrap them in a blanket and take them home but you can't.

After 3 days, a bed is available and a room is assigned. Things are looking up. There's a female roommate and he is male but they hit it off and joke around like an old married couple. She gets up an limps to the bathroom and her gown blows wide open - he sees her woo woo. He turns over in bed and his gown blows wide open - she sees his woo woo and after a while neither one of them give a woo woo.

Leaving at the end of the night when it's time for them to go to sleep is extremely difficult. I want to take him home with me. I don't want him to spend the night in a hospital and I don't want to sleep without him.

But we've been down this road before in far more serious circumstances - him in an induced coma, me asked to leave ICU to get some rest at home not knowing what the next day would bring. So as much as it hurts and I worry, I realize we are far better off this time around.

Friends and family call to check in. Can I bring you some food? Do you want me to come and sit with you? Do you need me to walk the dogs? What can I do for you?

The real test begins when the person is home yet unable to do simple daily tasks that we take for granted such as bathing oneself, feeding oneself, dressing oneself and carrying/lifting things.

This is when you know you really love them even if at times you want to walk out the door because their frustration and way of doing things increases your frustration in the way you have to do things in a way you don't usually do things. The whole thing is as confusing and disorienting as this paragraph.

Time heals all wounds. Yes it does. It also eases up the pressure and the worry and so time is a good thing.

But what about those people who still haven't left the ER and are there completely alone? Who takes care of them if and when they are released? Who feeds, dresses, cleans and does everything for them they cannot do for themselves.

I don't have the answer to that question but still I think about it alot.

Mostly it makes me realize how lucky I am and how lucky he is and how we need one another to get through the tough times in life and there are plenty of them - they just come in different disguises at different times.

I'm not religious and I don't pray but if I could say a prayer tonight it would be for anyone who is alone in a time of crisis and a time of pain and loss.

I'd pray for them.

Because someone must have prayed for us.

Posted by Lisa Audrey Cohen at 8:40 PM No comments:

Email ThisBlogThis!Share to TwitterShare to FacebookShare to Pinterest
Labels: Caring for a sick family member, Caring for aging parents, Emergency Rooms, recovery from an accident, when a loved one is in an accident