If you run into an X LOVER - Don't Follow These Instructions

This is what happened.

I went to meet a client downtown and I left 1 hour early because the rule is (my rule) that if you have an appointment with someone you should show up 15 minutes in advance.

Why? Well because this way you won't be late, you will appear eager (this is a good thing - don't listen to people who tell you otherwise - listen to me) and it gives you time to Google whomever you are about to meet.

By the way, I once did that (okay several times) and discovered that the respective person was a nudist (not that there is anything wrong with that) and I didn't know if I should stay or leave or leave or stay because there was a chance he may be naked during our meeting.


Fortunately, the said client was fully clothed but even then I couldn't keep my mind on course because I was imagining him naked. Maybe it would have been better if he was naked.

Okay so I am standing on a corner at a red light along with a bunch of other people and across the way at the opposite light, I spot an X LOVER (this happens at several intersections on a weekly basis). 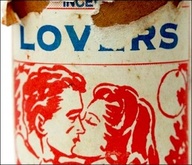 The decision process begins - now we are going to run through this together...

What to do? Here are the choices:

A - Walk briskly and pretend not to see him.

B - Same as A except pretend to be talking to someone on cell phone.

C - Wait for them to cross and greet them with a "How are you? Wow it's been a long
time"

D - Back up and walk the other way, find another intersection to cross.

"A" for example is highly risky because there is a 50/50 chance that they will decide to say hi to you.

So I chose option "D"


For those of you not wanting to scroll your mouse upward - option D was ..."BACK UP AND WALK AWAY".

As I was heading down the wrong street and in the wrong direction, I saw a relative I will not name in this post (but perhaps in another one) who I really did not want to see or speak to in any way, shape or form. She was coming right at me and before I could bend down to pretend to tie the shoelace on my Aussie Blundstone Boots that don't have laces - I heard my name being called "Lisa" (that's my name).


She is a close talker who happens to have halitosis (that's the worst kind of close talker) and she goes on and on about complete nonsense and then she starts to repeat what she has already said.

She immediately breaks into a monologue while I think to myself "Why didn't I go for option "C" (for those of you not wanting to scroll your mouse upward - that option was to say hello)?


I arrived at the conclusion that all I could do to escape her exceptionally fine company was to run away quickly. Suddenly I found myself racing down the wrong street in the wrong direction and I wondered "What is wrong with me and when am I going to trip or pass out?"

I arrived at my meeting 5 minutes in advance - I was extremely disappointed in myself. I couldn't Google the person I was meeting because all I was told was that he was one of many Editor who interview content writers

Then the Editor appeared in front of me and smiled and said "I know you". There he was, my X, the one I had just avoided before avoiding my relative with halitosis (who is probably still in a conversation with me).

We hugged and air kissed and then I followed him into his office.


There were so many thoughts racing through my delicate mind....Are we going to talk about our relationship or is this going to be a meeting between two professionals who have seen each other naked (lights on and off)?

Then all I could think of was...


Moral of the story: Intersections are meant for crossing no matter who is on the other side.
at February 02, 2013 No comments: